Side by Side Refrigerators

Side by Side Refrigerators 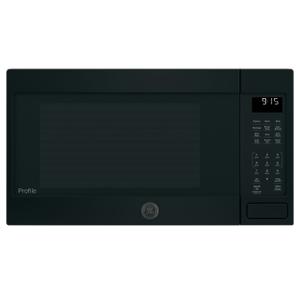 Special Order:
Contact us for an estimated arrival date.

This item is no longer available. Please contact us for an equivalent or replacement model.

All fields marked * are required.

Choose this setting when baking or browning is desired

No dimensions available for this product.

No dimensions available for this product.

No documents currently available for this model.

No rebates currently available for this model.

Has everything we need in a microwave

Itâ€™s just what we needed and it so easy to operate. Love the broiler option!

So far, so good

This response only applies to replacement of a dead 20+ yr old built-in unit. Only had two options that would fit in cabinetry. Ive had the new unit for only about a month plusbut have enjoyed it,. For me, the best feature so far is the way it defrosts without cooking edges. Trim kit "fits" well in wall, but the unit has glossy face areas rather than matte black. However, I was delighted to find that GE still after all these years had a replacement for me.

I like the broiler feature but it makes it hard to clean. The controls choices are not as easy as the last one.

This microwave is designed to work as a countertop or cabinet installed model. It is beautiful and functions as expected.

This replaced the GE built in microwave/convection oven that previous owners had put in over 15 years ago. The sensor in the old one was going out so we opted to update to a similar model since it had lasted so long. We have had it for 1 year 8 months and it has stopped working. It will hummm off and on when door is closed, it wonâ€™t let buttons work, then buttons will work and itâ€™ll start stop start stop then decide to work. Itâ€™s really sad with how expensive it is for it to be acting like it is so quickly.
0-5 of 24 Reviews ◄ | ►

Owned and Operated by US Veterans.

Welcome to our website! As we have the ability to list over one million items on our website (our selection changes all of the time), it is not feasible for a company our size to record and playback the descriptions on every item on our website. However, if you are an American with a disability we are here to help you. Please call our disability services phone line at (772) 464-7050 during regular business hours and one of our kind and friendly personal shoppers will help you navigate through our website, help conduct advanced searches, help you choose the item you are looking for with the specifications you are seeking, read you the specifications of any item and consult with you about the products themselves. There is no charge for the help of this personal shopper for any American with a disability. Finally, your personal shopper will explain our Privacy Policy and Terms of Service, and help you place an order if you so desire.